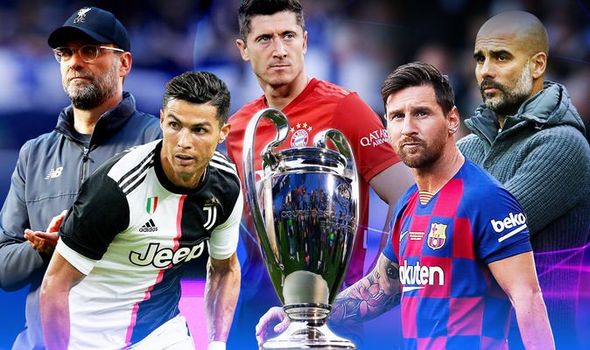 Champions League is back for a new season and football fans and pundits can’t stop speculating about the possibilities that the tournament holds during its run throughout the year. Several clubs have been highly active in the transfer window to work on their weaknesses and others have chosen to keep their squads similar in hopes for better results.

Before the start of the present season, Manchester City was touted as the favourites to win this prestigious tournament. City’s manager Pep Guardiola even announced to the press that their major focus for this season would be winning the Champion’s League instead of the Premier League.

As the season has progressed, injuries have plagued the club with Leroy Sane out for possibly the whole season. The back-line looks to be in shambles too with both John Stones and Laporte out with injuries. City has had a rocky start to their Premier League campaign as they now trail by 8 points after 8 games in the league.

The only other team that looks strong enough is Barcelona. The club suffered from a slow start to their league campaign and are currently placed second in the La Liga Table. However, we believe that Barcelona may end up claiming this year’s Champions League trophy. Here’s why:

For any club to have a successful Champions League campaign, a strong squad is the first requirement. Barcelona has had a strong squad for quite some years now. After facing an upset last year at Anfield, Barcelona needed to refresh their squad a bit. Blowing up a 3-0 lead in an away game was a performance no one expected from the club. The owners and management invested intelligently over the summer, acquiring the services of the young Ajax prodigy, Frenkie De Jong. De Jong has proven to be a strong force in the middle of the pitch for Ajax as well as his new club.

Another new signing, Antoine Griezmann promises to bolster the attacking line-up for Barca. Fans and spectators can expect a flurry of goals in this year’s tournament with Griezmann pairing up with Messi as well as Luis Suarez in front of goal.

Even though Messi has just recovered from an injury, to rule him out as a threat or even taking him lightly would be a mistake that no club would like to make. The 2018-19 season was unbelievable for Messi. He scored 12 goals in the Champions League along with 3 assists to end the season on such a high note that he won the FIFA award for the Best Men’s Footballer of the year.

He would certainly like to start this season where he left off the last, the only difference being that he would like to win the Champions League title this time around.

With a tight UCL schedule all round the year, players have a tendency to get injured or fatigued over the season. In such a case, managers like to have a deep squad at their disposal to pick fresh and talented players from.

The Barcelona Academy, as well as their B team management, is known to springboard at least a couple of players through the season to their main team that take everyone by storm. These youngsters are quick on the field and often leave it with impactful performances. This time around, we have already seen Ansu Fati show his prowess in the time he has spent on the pitch. Some of the other players that could break into the main team are Carles Alena and Riqui Puig.

Here is an Easy Way to Buy Bike Frames

The cycle frame is a main component of the cycle. The whole structure is dependent on it for not only function but also appearance. When you are concerned about the cycle design, basically it’s the frame that for you look, so from the appearance to strength, it’s a frame that holds everything. Sperate frames are […]

Boxing Gloves – You Must Pay Attention to This When Buying

Boxing is an interesting sport that trains both strength and endurance. This not only stresses the arms, shoulders, and chest, but also the entire body, which must undertake compensatory work. An important part of boxing are the boxing gloves, which are intended to protect both athletes in competition. They are also important when training, as […]

Things Should Be Noted While Buying Running Shoes

Numerous individuals don’t understand they are wearing an unseemly shoe. Most of the explanation behind this is on the grounds that they don’t have the foggiest idea about the determination of shoes they can look over and how they vary. This article will take a gander at the components that will assist you in deciding […]

Sabermetrics- The study of baseball statistics and how it is changing the game?

How Electric Bikes Help Hunters & Should You Get One?

How to choose the size of the soccer ball? Learn three basic playing tips